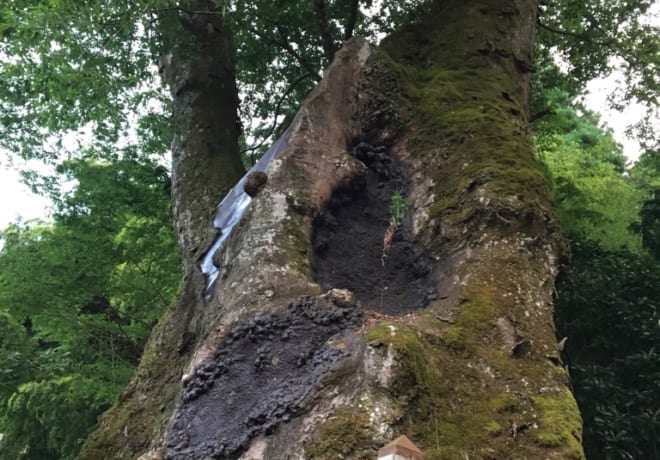 Hello. SMO of Minamikita is Mikorin. I thought it was hot and hot every day, but I felt cool at night. It's cool enough to spend even without a fan, and I feel that Aso is cool as expected. I came across the big tree in Minamikoso, the other day, I will introduce. 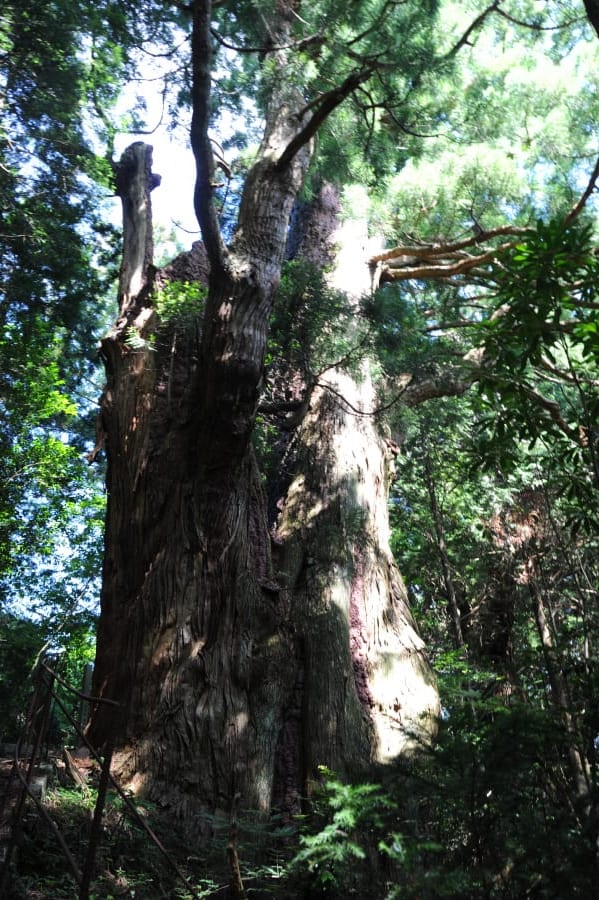 It is said that Hosoji Tsuyoshi was planted at the time of the establishment of Menji temple, and it seems that the age is over 1000 years. 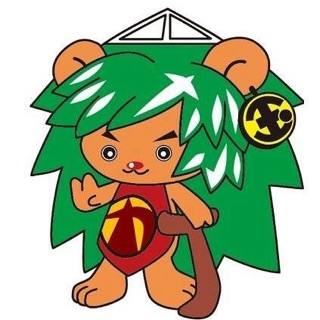 By the way, the loose character "Kiyasaki" in Minamikosai is the finest of this golden cedar. 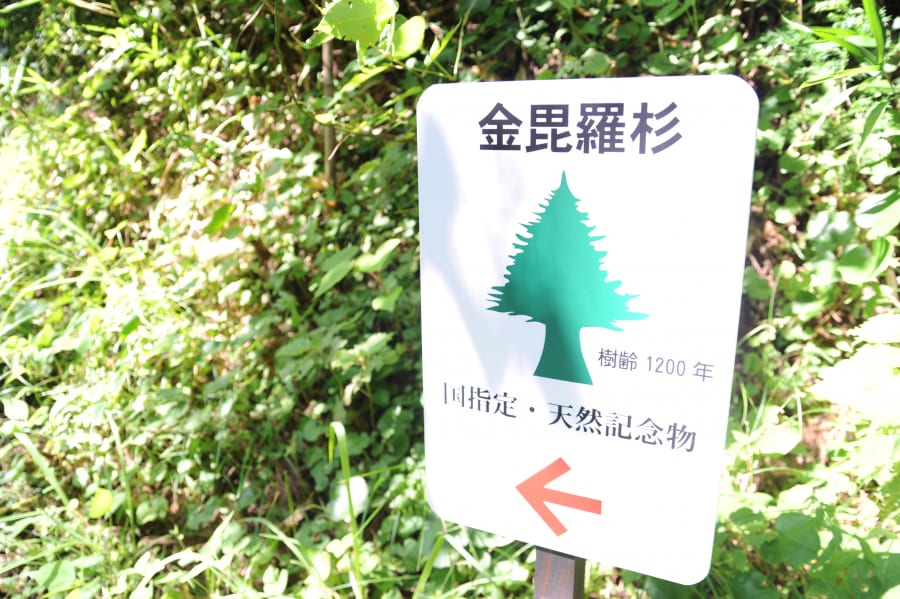 Recently, since the signboard of the guide was made, the entrance became easy to understand. It is slightly smaller, but if you proceed with this sign as a landmark, you will reach Kinpurusugi!

It is pretty steep and grass grows, so shoes that are easy to walk are indispensable. Never! 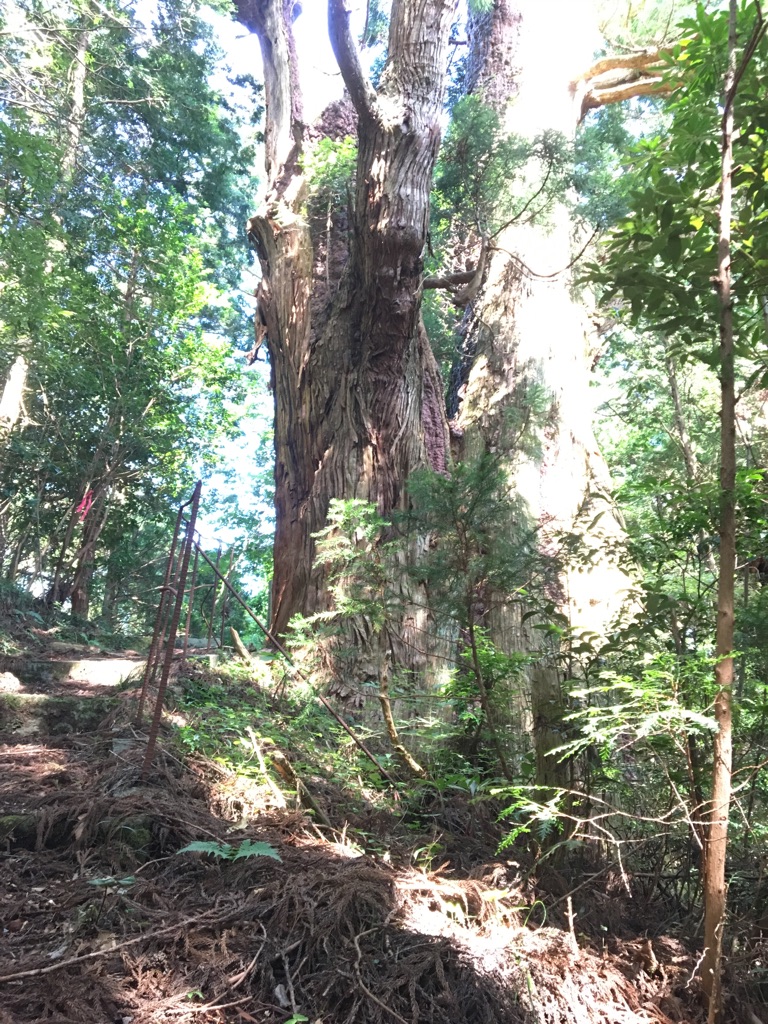 It is quite large, so taking pictures is too big and I do not need everything. Since then, it's dark outside, so we recommend a sunny day. The sun was strong on this day, but the sun did not arrive to think that I do not need a hat. 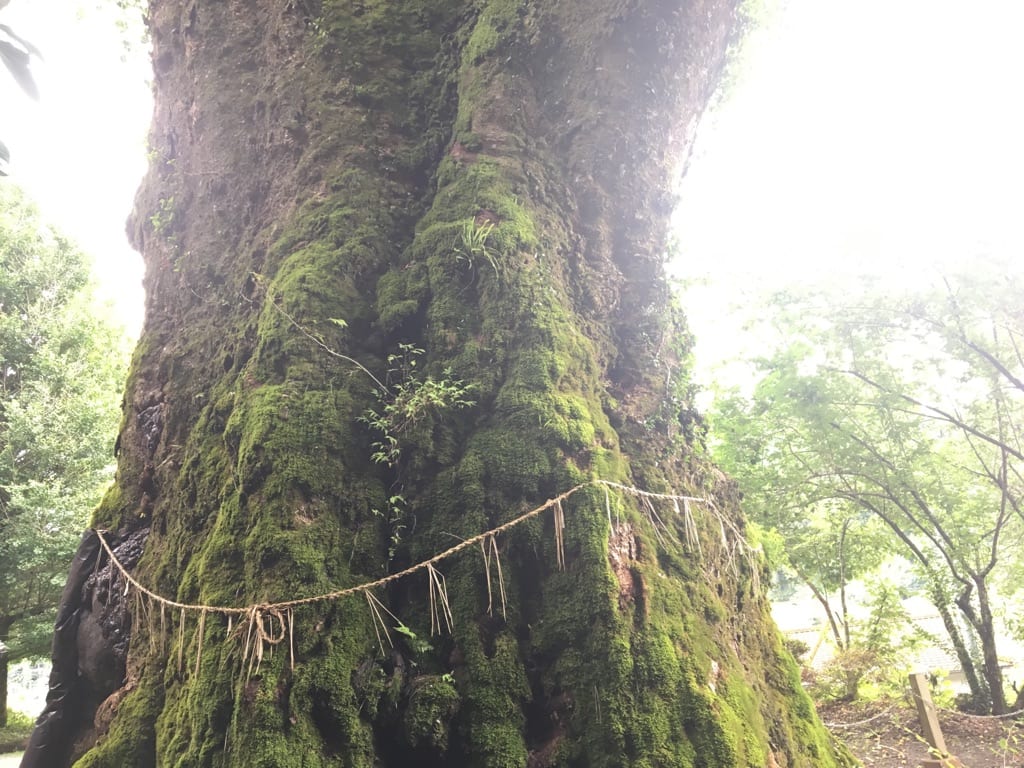 It is said that it is the biggest zelka in Kyushu, and the age is said to be 1000 year. It seems there were various things, such as branches broken by typhoon, tried without harvesting, but now it is maintained properly. I am standing at the far left on the inside of Tenmangu Shrine of Bamboo Bear. There is also Kannondo which enshrines Amitabha in the same temple. 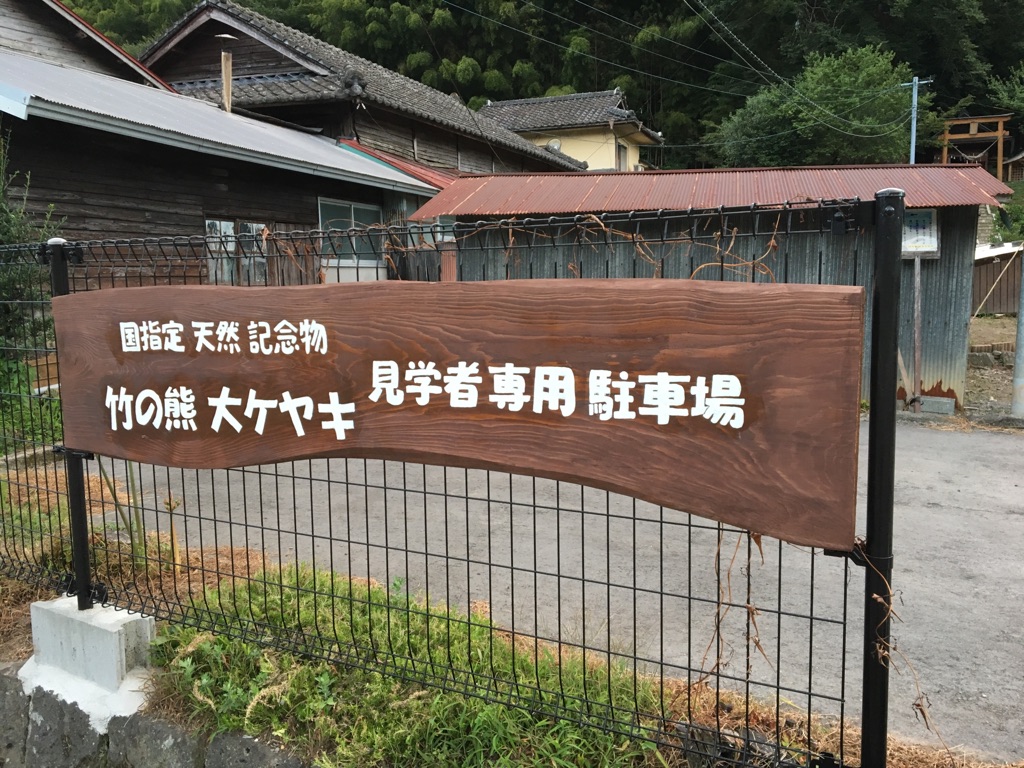 The large Zelkova of Bamboo Bear is not in the back of the mountain, so it is in a relatively easy-to-understand place. However, because it is in a residential area, it also passes by. . . I also passed by several times. Although there is no big parking lot, neighboring people provide places so that they can park, and several units are to be stopped. 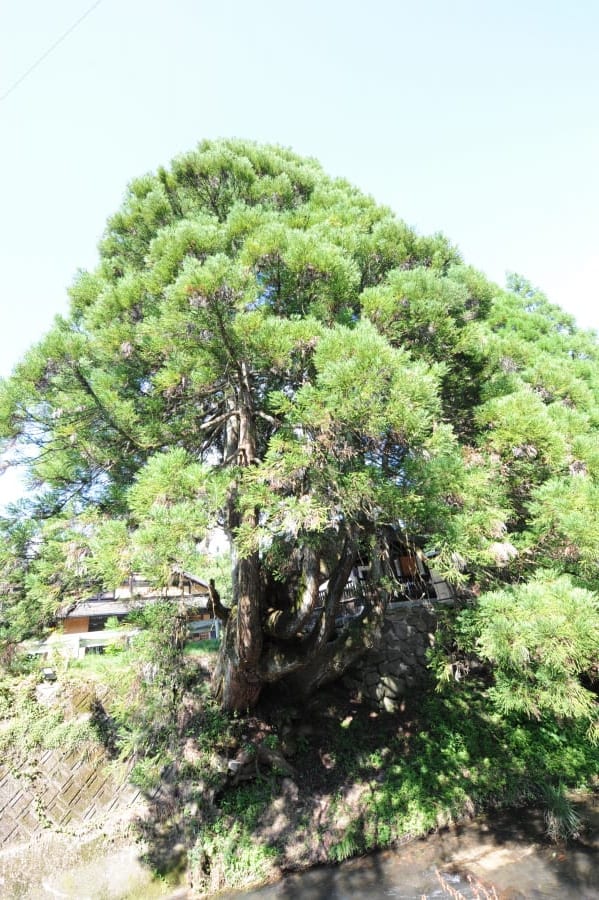 It grows along the river in the Oda Onsen area. It seems not to be so big as seen from the side of the road, but it is bigger than you imagined when you cross the river from the other side. Also, I have a very strange way of growing. It seems to have been planted slightly after 300 years old shrine building, and it is said that it has played a role as a signpost of those traveling from Hita to Takeda. 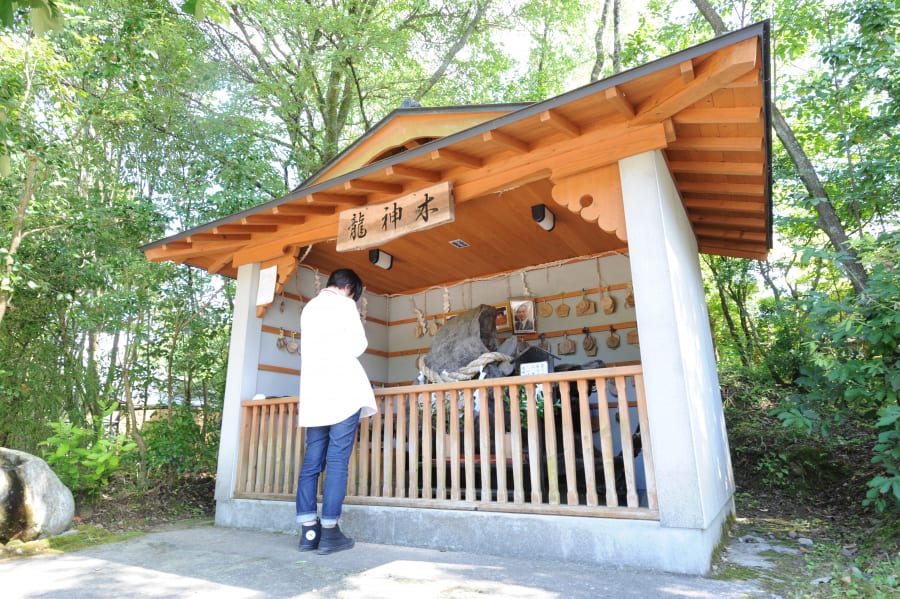 In the vicinity there is a thing called "Ryujin Tree", where the beginnings of Oda Onsen were written. There was embellishment of ema, etc. There were also Omikuji. Since I had no place to tie it, I brought it back, but I lost it. . .

There are other large trees in the town of Minamikoguni, but I introduced as much as I know.
If you get exhausted by summer heat, please look at the big tree in Minamioguni-machi to be healed ^ ^

【Feel free to have a great view! 】 Within the inn from door to door within 30 minutes. Sea of ​​cloud sea spot 5 casually seen in Aso / Minami-Ogikuni-machi
November Morinaga