A must-see for those who want to be active in the area making the most of their powers! We spoke to Mr. Abe who supports the "Minor Small Country Future Project". 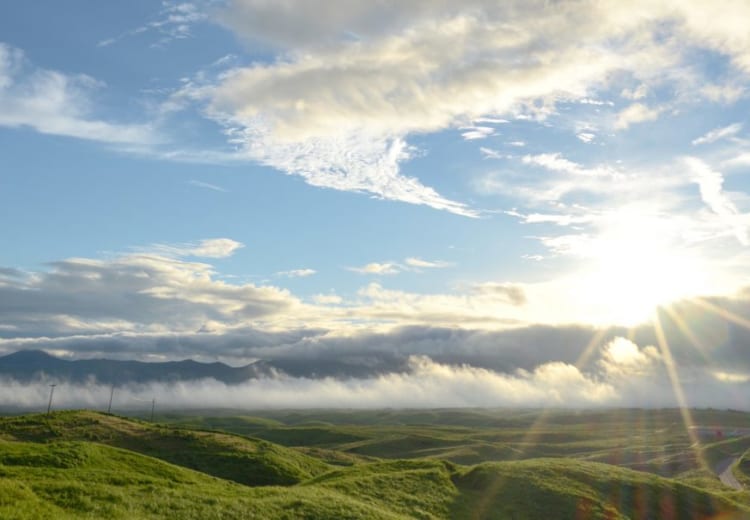 Hello! It is Koji of SMO south small country editor in chief! 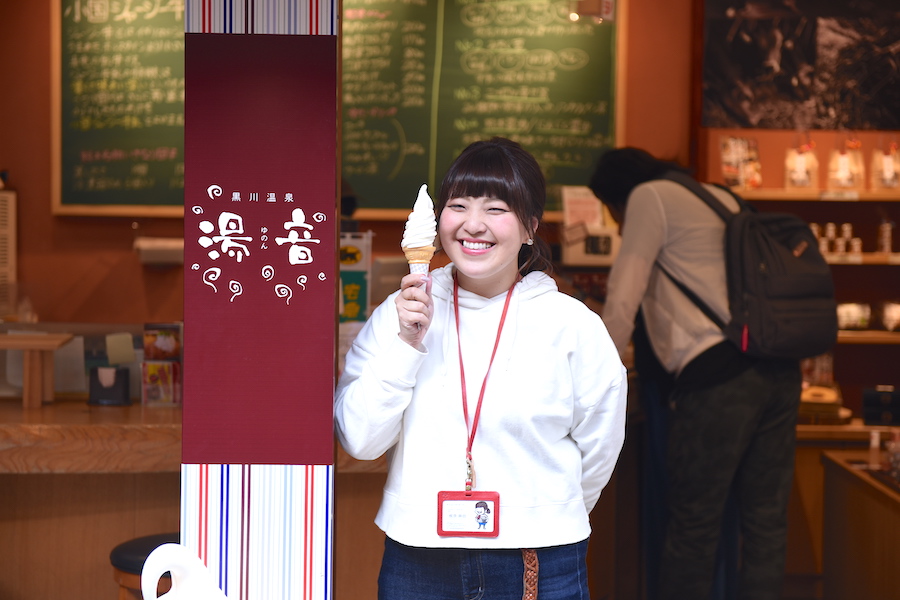 This article will be delivered with a slightly different taste than usual.

For example, in Minami-Okokuchi,Future creation businessIt was decided to start in earnest!

Along with that, we are involved in the businessPeopleAs I will focus on “Iloilo in Minami-Okokuchi-machi”, please read it.

■ What is the future-building business? 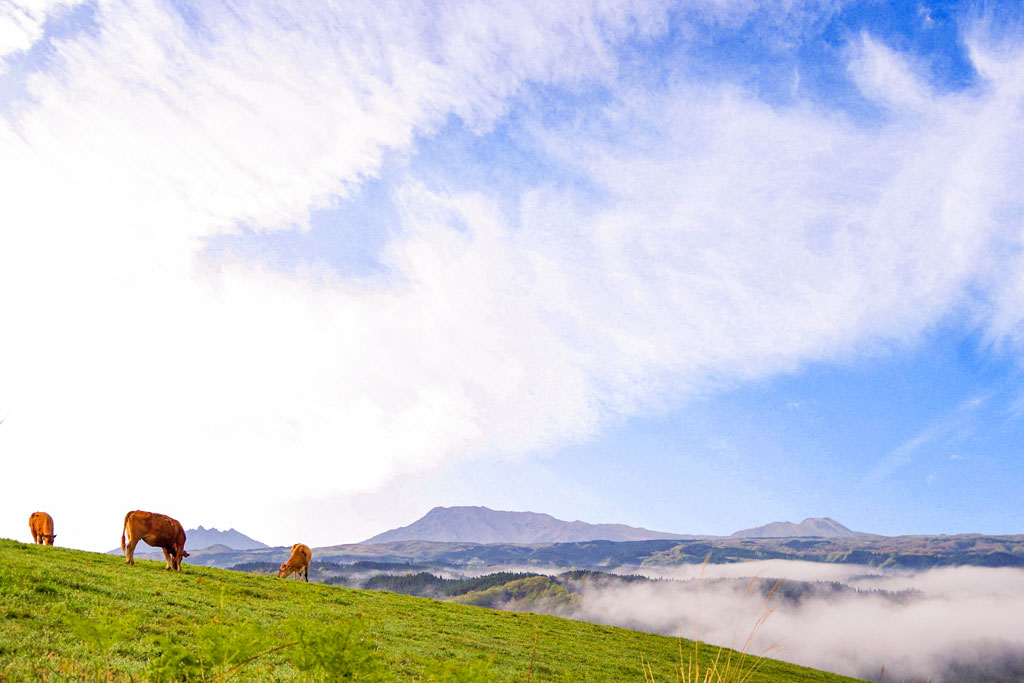 We will bring up the "people" and "business" that will carry the future of Minami-Okokuchi for the future of the South Minor Country in 100 years.
Support the challenger, nurture the business, people gather.
By creating this economic cycle, we will inherit high quality satoyama.

It's a bit difficult to hear just this. .

Support with full effort to get on track! And it is business to connect town and person, and person and person so that Minami-Okokuchi town remains fine forever and can keep nature, culture, warmth of person as it is now that people gather by the challenge again .

Mr. Chihiro Abe will be the central figure developing such business in Minami-Okokuchi. 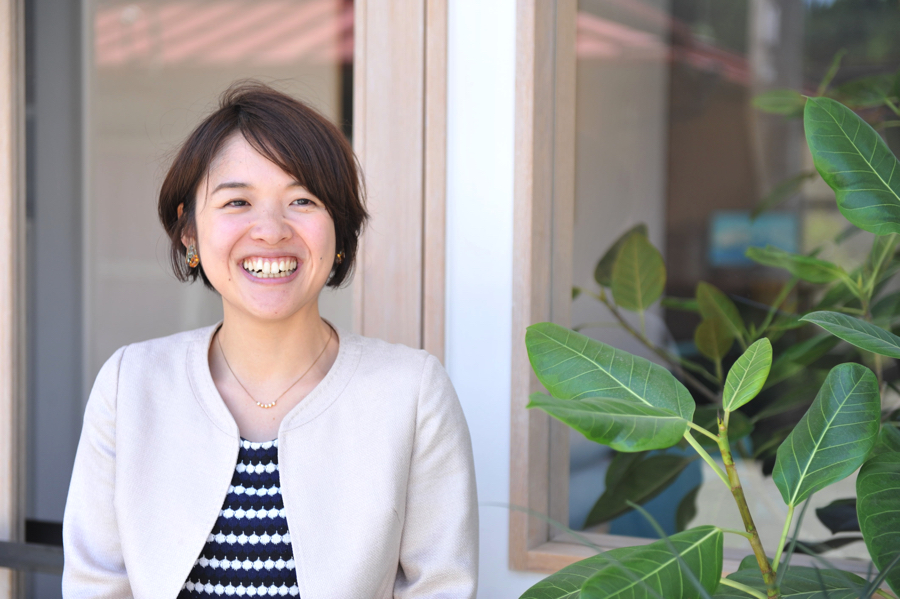 Why are people so good for the future of Minamioguni Town?

I have a lot of concerns.
So we went to hear the story directly! 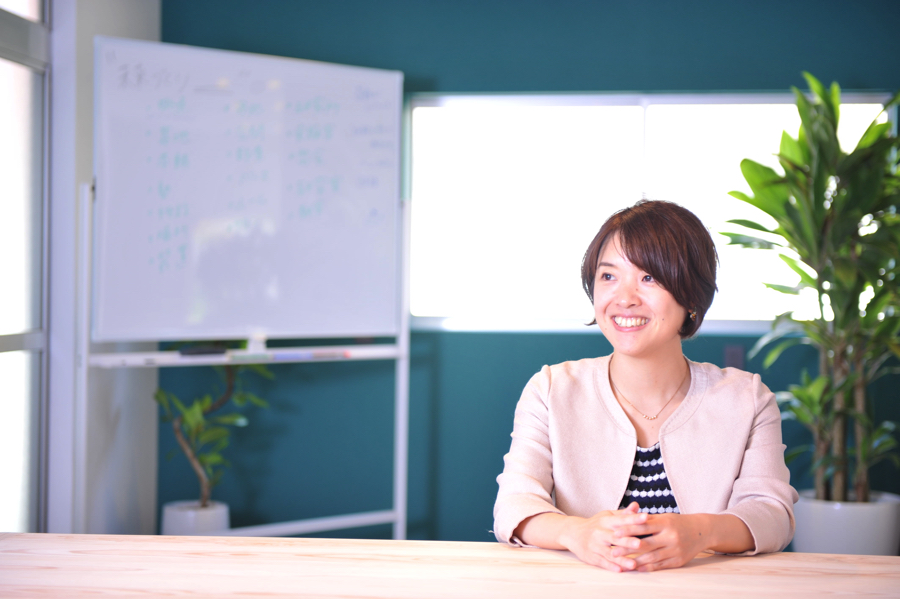 Chihiro Abe (Abe Chihiro)
10 Mon 22 day born Libra. One mother's mother. Born and raised in Tokyo. After working at the ward office, I transferred to an entrepreneurship support group after the Great East Japan Earthquake. After that, it is connected to Minamioguni-cho in 2019 and 4 months. My dream when I was small is a bakery. Maybe because of that, in the morning it is a school of bread. I love animals and my recent favorite is sea otters. I love the way she holds hands when she is sleeping. My favorite color is orange! Always smile and energetic sister.

Kaji-chan:
Hello! Today, I wanted to know Iloilo from Minami Oguni-machi's future-building project and Iroilo Abe, too. Thank you!

Mr. Abe:
Yes! Please listen to anything! Thank you.

Kaji-chan:
First of all, why did you find Minami-Okokuchi-cho in Tokyo? !
In the municipalities where there are more than 1,700 in the whole country, it is quite difficult to know Minamioguni-cho by pinpoint, isn't it? 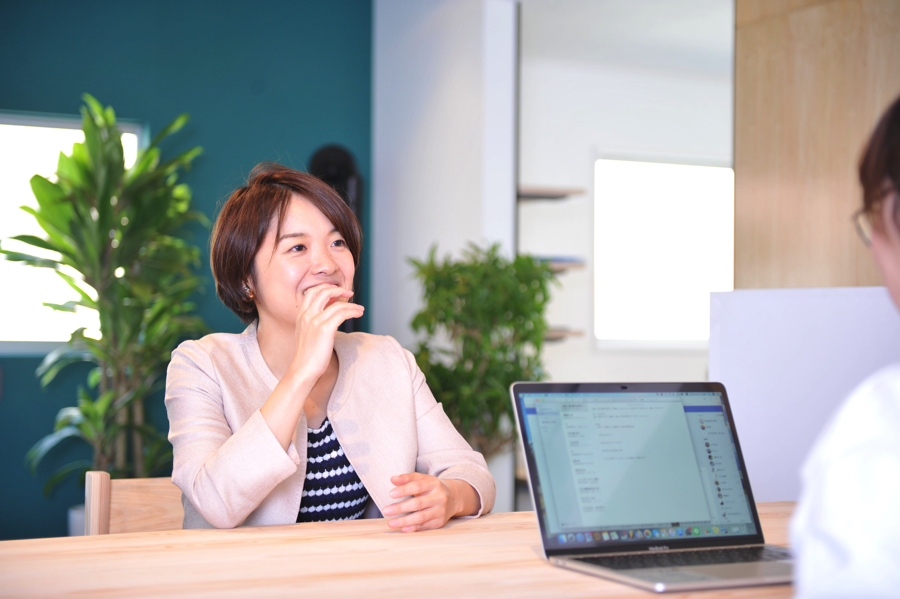 Mr. Abe:
My husband worked for an NPO that supports practical internships, and I was in charge of Minami-Okunimachi. Her husband, who is usually very calm, feels very passionate and says, "Minokooguni-cho!" For the first time, I learned that there is a town called "South Minor Country". However, at that time, it was a feeling like "Heh ~, yes ~", though (laughs)

And when an event called “Region Craft City” was held in Tokyo last year in 6, I am also participating in work, and there is a booth in Minami-Okokuchi-cho ...! At that time I had the opportunity to talk with the staff members of Minami-Okunimachi, and I was very interested in hearing about the story!

Kaji-chan:
I see! Originally I heard from my husband and I knew that I was interested by talking with the people of Minami-Okuni-cho at the event. 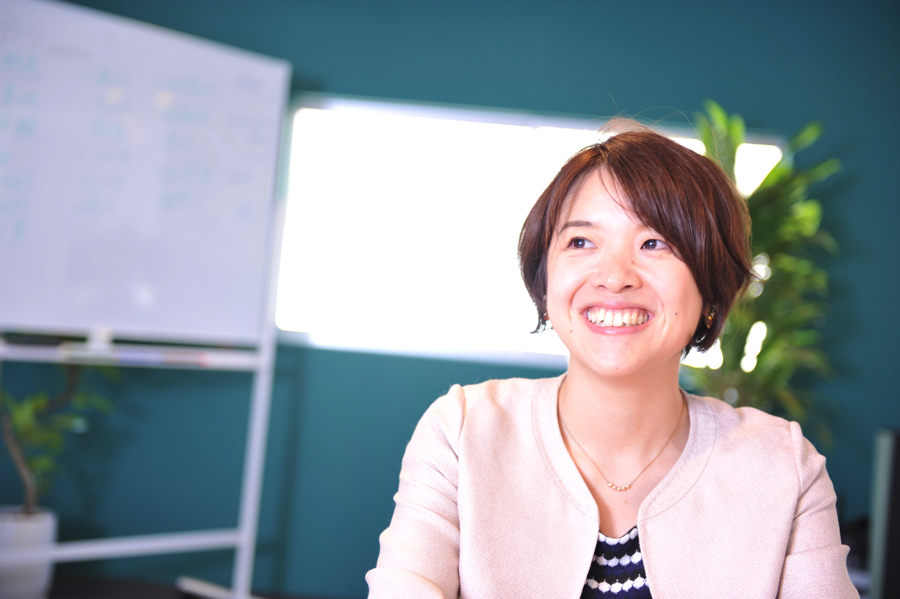 Mr. Abe:
That's right! Then, every time I have an event of the project to create the future of Minami-Okokumachi in Tokyo and let me get in the way and get involved with the people of Minami-Okoku-cho However, I came to think.

Kaji-chan:
Thank you very much. <Actually, did you ever come to Minamioguni-cho before you moved?

Mr. Abe:
Yes. My husband is from Oita, and I will return to Japan in September, so let's go to Minamioguni-cho for a while! It is said that I came to play. At that time, the staff of the government office who took care of in the area work people city held a drinking party, and it was possible to talk with the townspeople in various ways, and became a fan of Minamioguni-cho more!

■ Why did you decide to migrate? 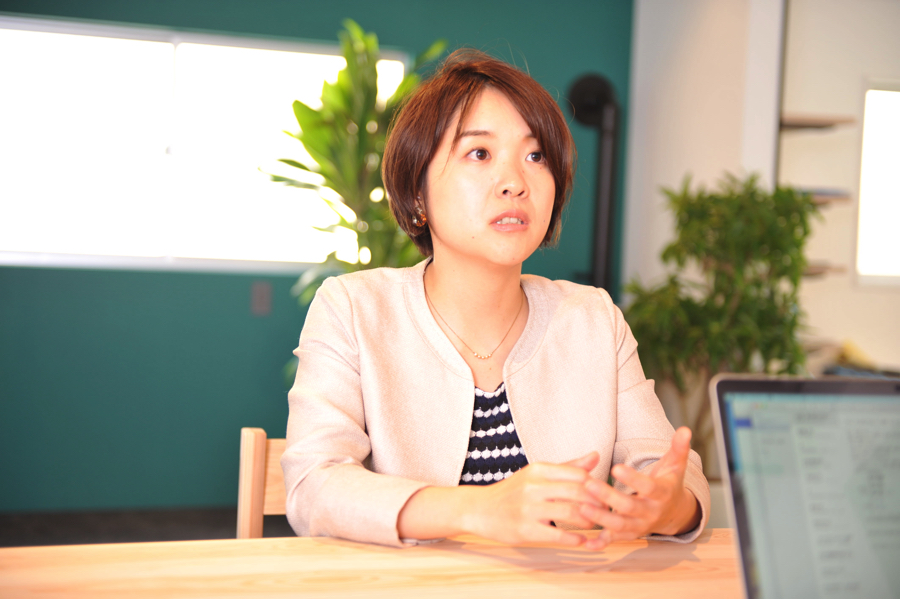 Kaji-chan:
Great! I have something to do with it. But honestly, let's work in a land we do not know until we emigrate! I don't feel like that ...
Why did you decide to move to Minami-Okokuchi? As I say, it is more convenient for Tokyo to do anything than Minami-Okokumachi. .

Mr. Abe:
That's right, Tokyo is certainly easier to move and so on! (Lol)
However, I am from Tokyo because Hachioji is from, so it is not a city. So living in Minami-Okokuchi itself had no sense of discomfort.
Above all, this Minamioguni-choPeople and the environmentIt is not a solid image of emigrating to Minami-Okokui-cho, but rather a feeling of "moving in".

Kaji-chan:
Really! Thank you! ! ! It is a question like a couple who has just been dating, but where in Minami-Okokui-cho did you fall in there? 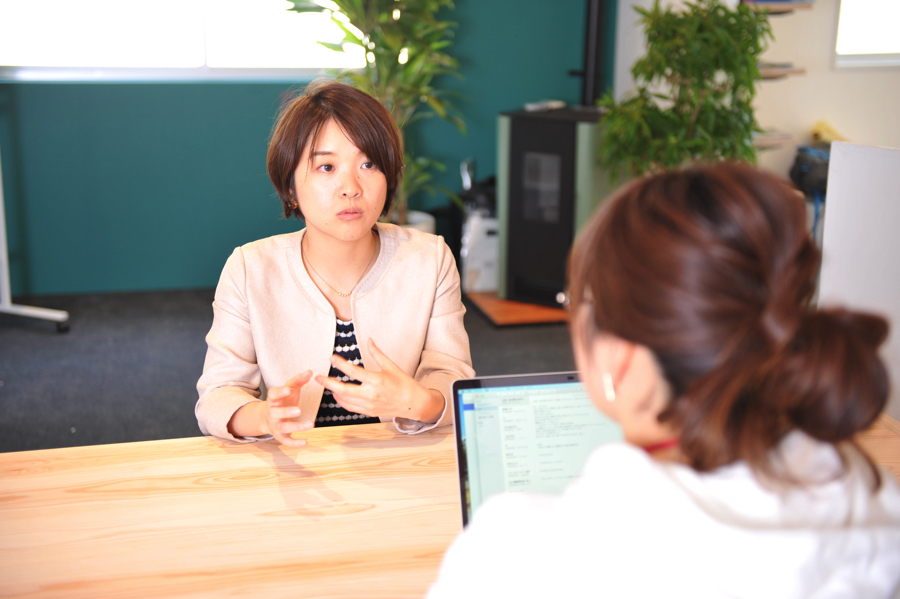 Mr. Abe:
The most important thing is the sense of speed and potential. Last year, when I became a fan of Minamikogoku, I have a balance with my work at that time, so why not do an event to introduce the activities of Minamikokunicho in Tokyo? I brought it to town. Then two replies, "Let's do it! Let's do it!"

Kaji-chan:
surely! I also live and think that the culture of inheriting and protecting something from long ago and the culture of challenging new things while making use of existing things coexist well. And let's do anything right away! I feel that there is momentum and I really understand (laughs) 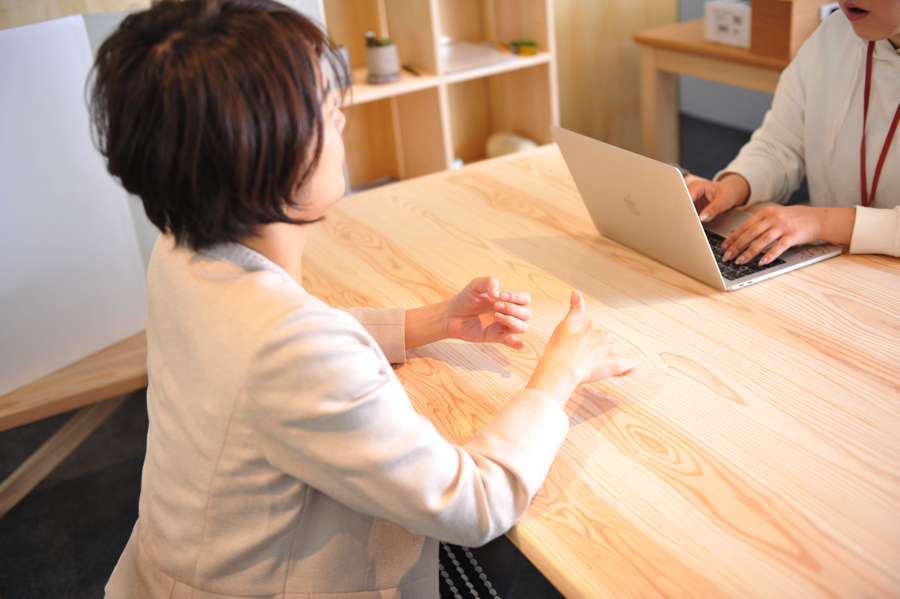 Mr. Abe:
That's right! At any rate, the attitude to work actively even if it has not been done is great. The exchange up to the event is really speedy, and I have been involved with various local governments, but there is no such local government! I thought. And at the time of the event, various suggestions and cooperation from Minami-Okokuchi Town side, the cooperation, the event is a great success! No matter what you do, there is a town with such a high potential! I admired, and I was totally at the foot of Minami-Okunimachi. .

Kaji-chan:
I see. During the event, while actually being involved with the people of the town, I experienced Iitoko of Minami-Okokuchi-cho and became a favorite.

■ The deciding factor for migration? 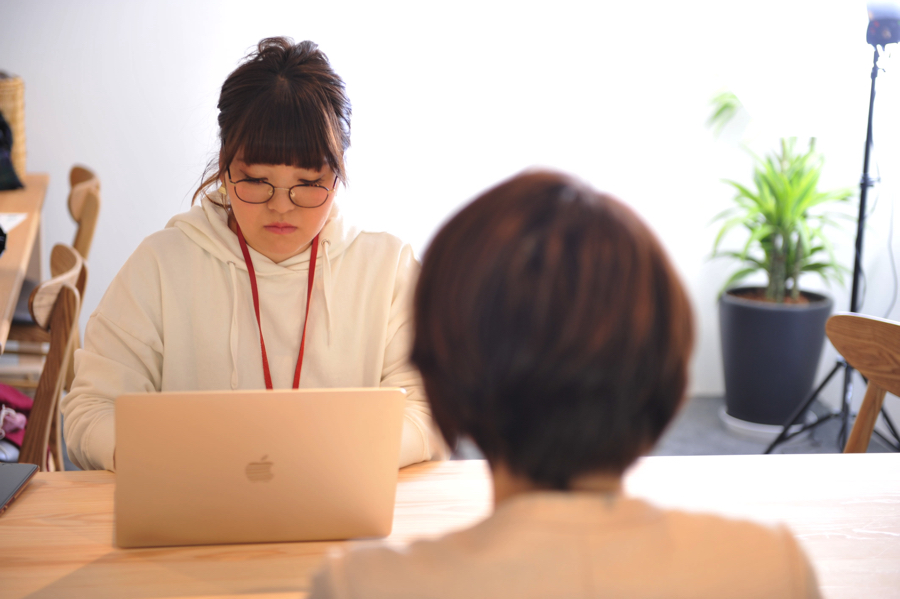 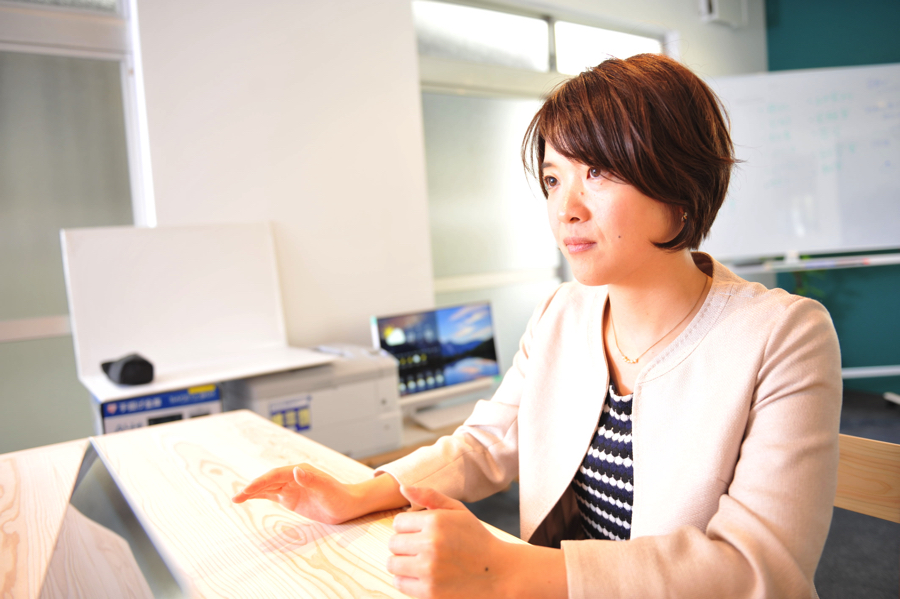 Mr. Abe:
There are two decisive factors that I wanted to move to Minami-Okuni-cho.
The first point is that the staff members of the city office say that "the townspeople want to make their towns proud and confident and make them a livable town", and that they have such a hot feeling that they are the townspeople in this way Where there are people thinking about it, there is nothing wrong with it! I thought so.

Kaji-chan:
Wow ~, I wonder if something happens to Jean. The sense of security is great if you think that people working at the central office of the town have such thoughts.

Mr. Abe:
And the second is a very fashionable company called FIL (FiL), who produces furniture and interior accessories using specially-made small country cedars from her husband in Minami-Okokuchi-cho! When I visited the website without hesitation, I was moved.

My life is full of life ... It is not necessarily because I am Tokyo, but compared with people always with the same measure such as annual income and academic background, is it enough to be better than people? And I feel like I'm always facing such a problem. .
If this question is Minami-Okokuchi, can you find the answer? . We want to get into such Minamioguni-cho, which naturally respects nature as it is, traditional culture, and invisible whales. I strongly thought.

Kaji-chan:
It's amazing. It's kind of like "I've come to come" with so many connections! 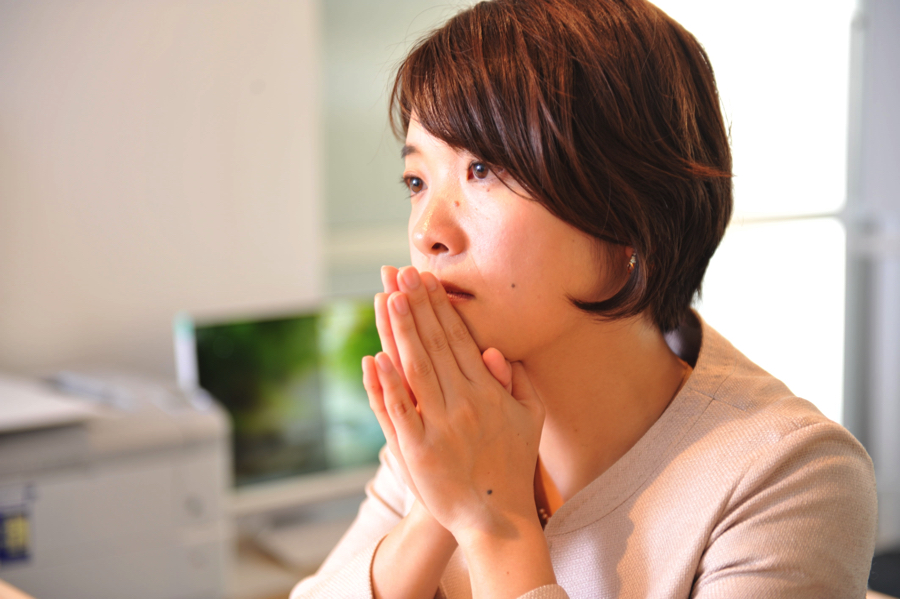 Kaji-chan:
In the case of Mr. Abe, I think that the hurdle of moving was not so high because I think that there were many kicks to know as participating in the event many times and having come to Minami-Okokui-cho.

But I think there are many people who don't know how to know Minami-Okokuchi in the first place, and is the migration hurdles really not even higher? I think that there is considerable courage when it comes to developing business in a land that no one knows as yet ... 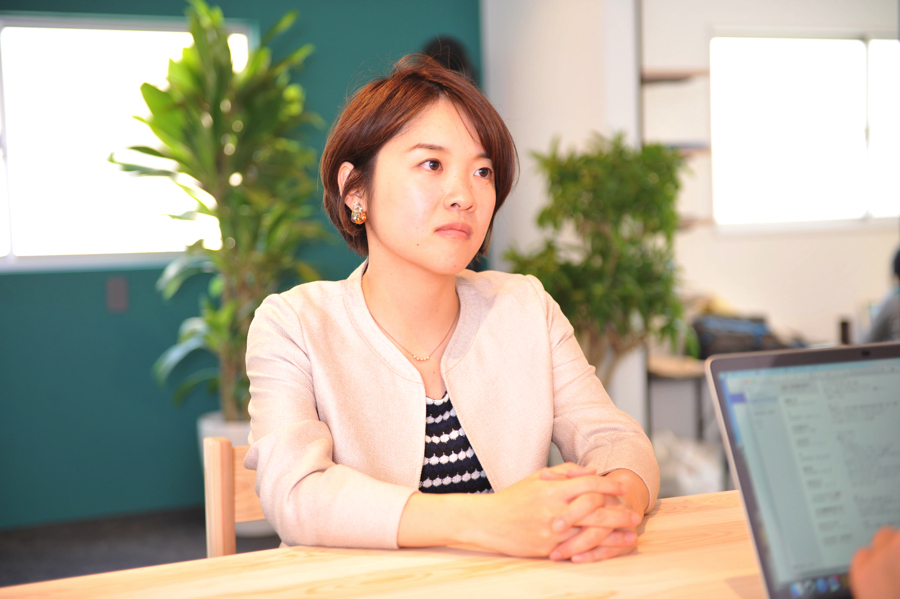 Mr. Abe:
I think so. Cases like myself are rare, and most people would like to do it ... but they don't know what to do.
We will hold a program of the future-building business with on-site training in order to make such people have a chance to experience Minami-Okokuchi-cho!

> Next page: A collection of "Minor Small Country Future Entrepreneurship" to be held in Tokyo