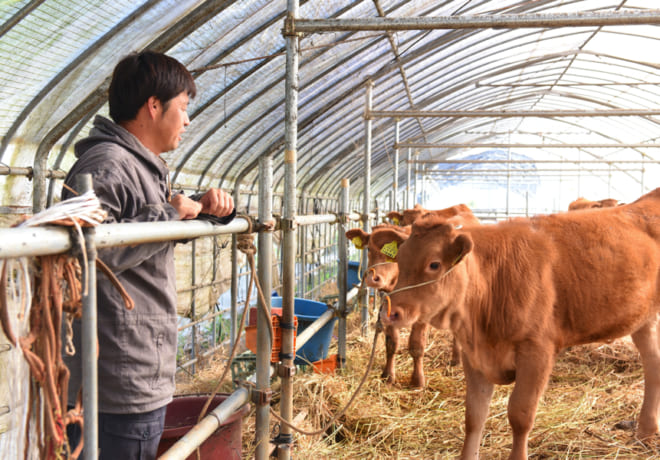 Hello, this is the future manufacturing base MOG!

This is a co-working space that opened in Minamioguni-cho in May 2019 as “a place to nurture the challenges of shaping the future of Minamioguni-machi”. 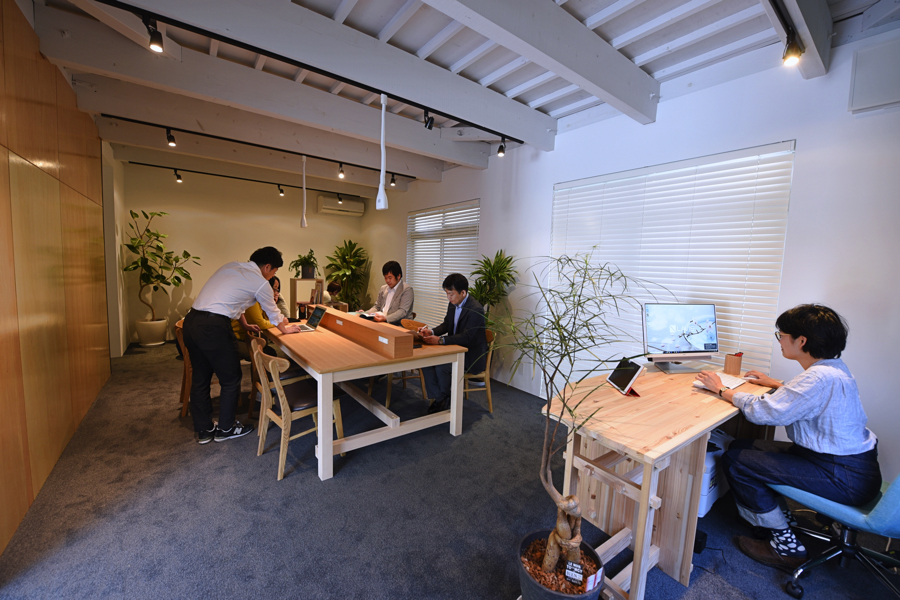 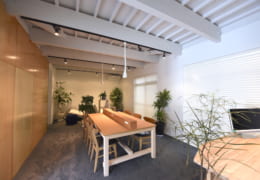 | News | New Opening in Aso, Minami-Okokuni! Introduction of the co-working space "Making the Future MOG" to nurture the future.2019-05-29 17: 54: 40kajiwara
MOG introduces people who are challenging what they want to achieve in the community as a series of “People who challenge themselves with nature”.

The second is Katsuaki Sato, who has three different faces that seem to have nothing in common with ① farmers, ② kagura dancers, and ③ town building players. 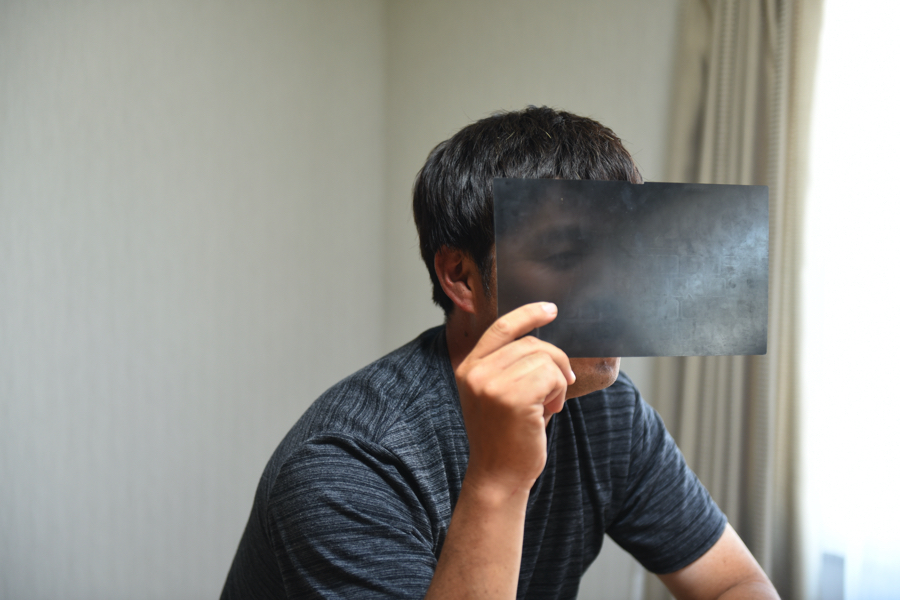 At first glance, I think he's a serious and mature person ... sometimes he jokes, and he's very friendly and unique! Let's take a look at the "three faces" that are bothering us! 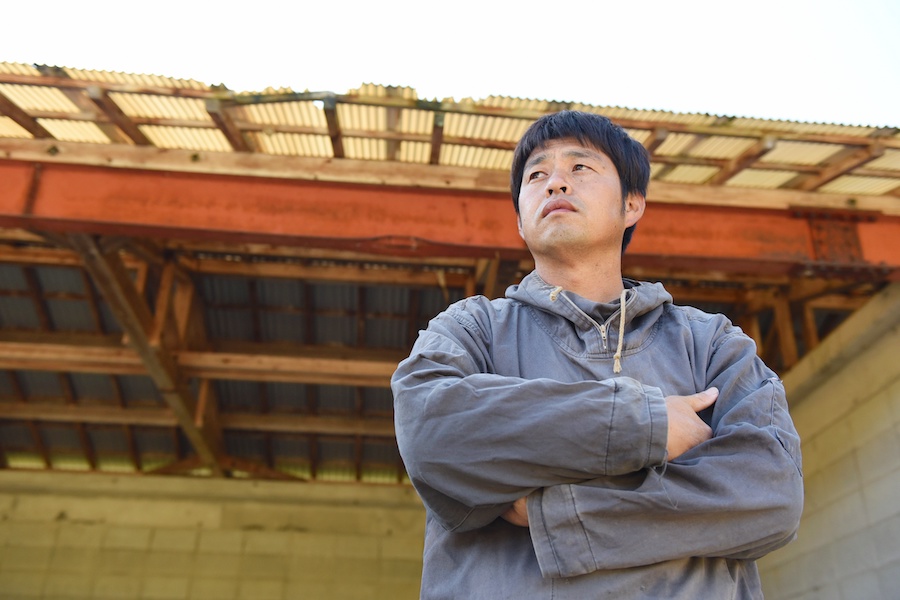 Katsuaki Sato
Born in 1978. Born in Manganji, Minamioguni-machi, Aso-gun, Kumamoto Prefecture. After graduating from Minamioguni Junior High School, he entered the Kumamoto Agricultural High School Horticultural Fruit Tree Division. After graduating from high school, worked as a trainee at the Vegetable Tea Laboratory in Mie Prefecture (currently Agricultural Research Institute) for two years. After that, we made a U-turn to Minamioguni-cho and succeeded in the agricultural business (mainly breeding of rice, spinach, and red cow), and worked on “circular agriculture” utilizing the grasslands unique to the Aso area. On holidays, the father of two children is looking forward to exercising with their children. Favorite celebrities are Eto 2:2 and Antonio Inoki.

-Mr. Katsuaki, today I would like to talk about Mr. Katsuaki's various "three faces". Thank you! 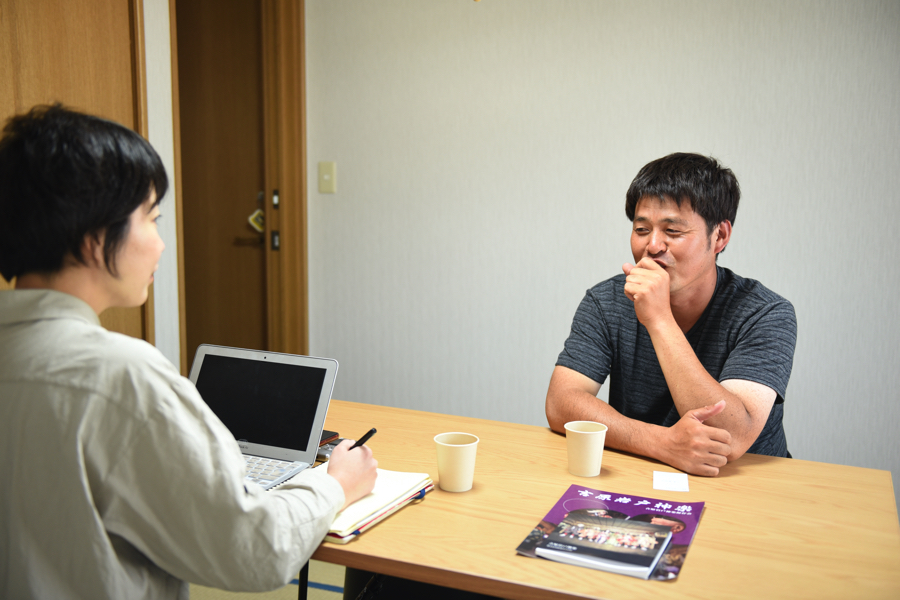 I live in Yoshiwara, Minamioguni-machi, with my parents and my family (wife and two children).

-Please tell us about Katsuaki's background. What kind of boyhood were you?

The school has now been closed, but at Seiwa Elementary School, where I attended, there was a rare skating rink here and there, so I used to play there in winter. And soccer. Teachers often made me laugh during class and were often warned by my teacher that there were many private languages. Lol 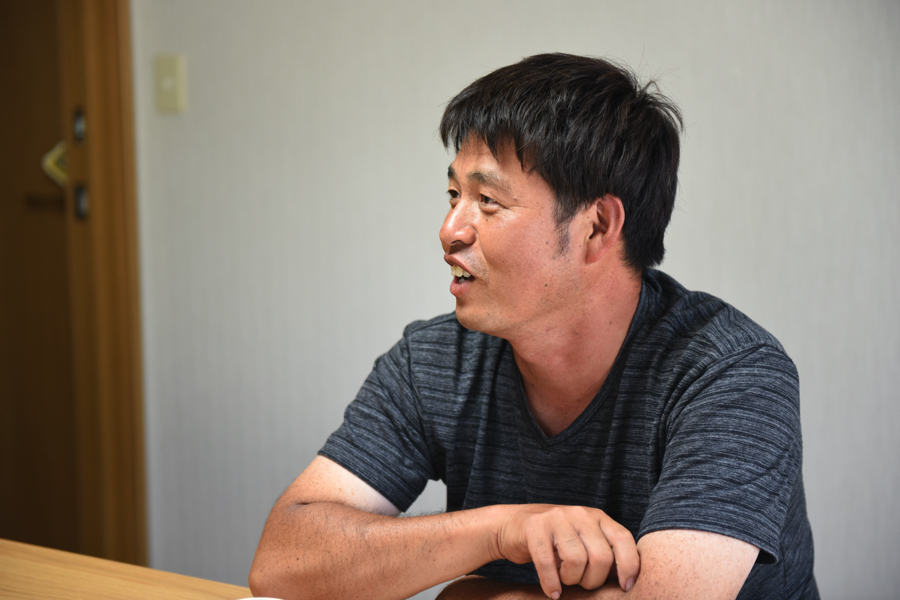 Yes. Anyway, he was a good child. Lol
I was in Minamioguni until junior high school, and from high school I went to the horticultural fruit section of Kumamoto Agricultural High School to live in a dormitory.

-Since that time, you were already conscious of taking over the family business. After graduating from high school, go home?

House. After graduating, I went to the vegetable tea industry test site in Mie Prefecture for two years as a trainee.
To put it simply, it's an agricultural research institution, but of course I could study while working as a trainee, and of course I gained more knowledge about agriculture, but I was still able to meet a variety of people. I'm glad I went.

-Once you knew the taste of the outside, did you feel reluctant to return home? 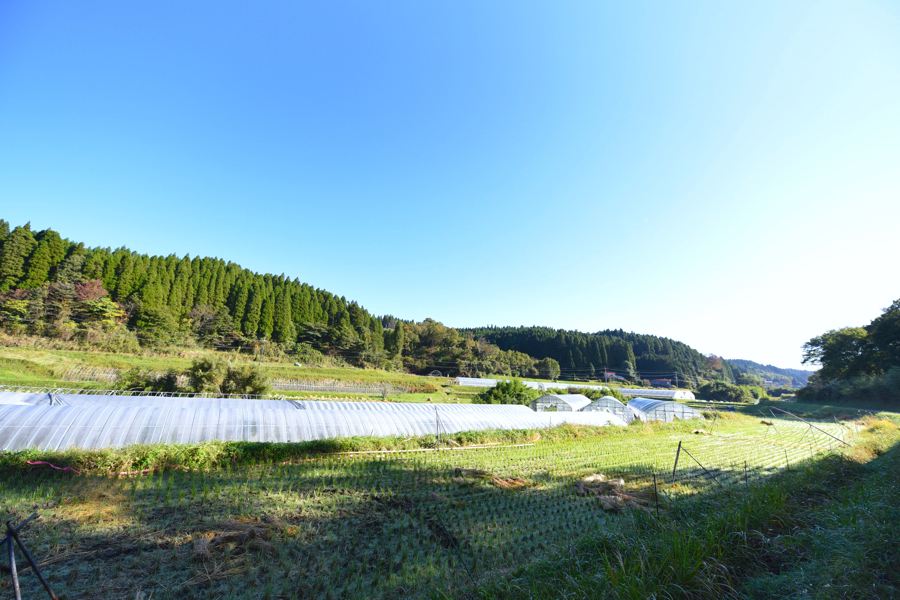 ▲ A field owned by Mr. Sato. During this time of November, we just finished harvesting rice.

On the contrary, I think it was good that I went to Kumamoto City, Mie Prefecture, etc. when I was a student and looked back and returned. Once you go out, you can look back at this (Minami Oguni) from a different perspective. If I stayed there (in Minamioguni), I was probably going out of the way on the way (laughs).

-And a U-turn to home. What kind of life was waiting?

At first, while working with my parents, I learned to work while trying to increase my scale and increase my income. However, suddenly I started thinking that it was not enough to inherit the existing agriculture.

― What is “Just inheriting”? 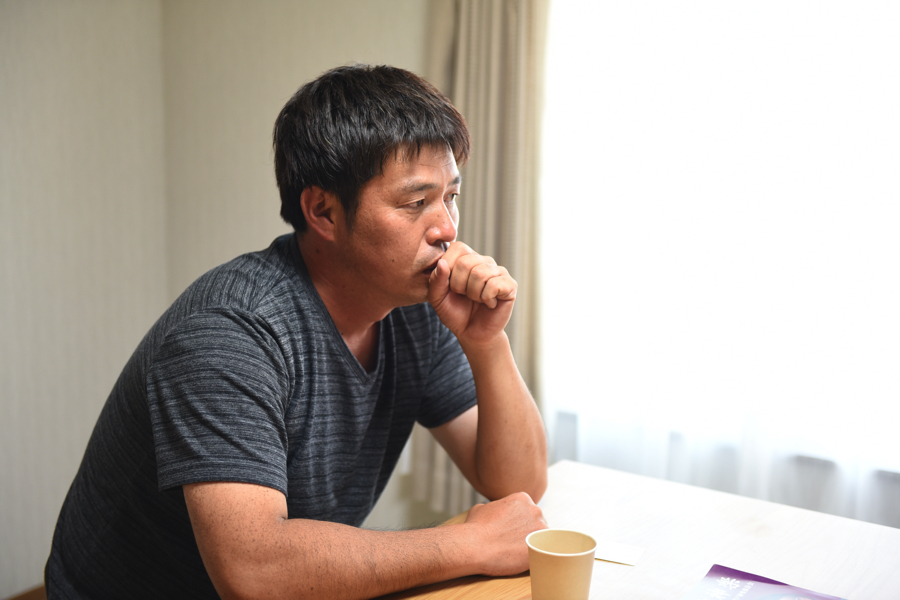 Just doing agriculture would taper off. When I was thinking that I needed to broaden my horizons in order to live on agriculture here, I was invited to join the XNUMXH Club and joined the group.

-What is a XNUMXH club?

It is a gathering of local young farmers and has about 850 locations nationwide.
It is a club that exchanges information between farmers and holds study meetings for technology improvement, exchanges with consumers and other local members, and performs local volunteer activities.

-How did you participate in the activity? 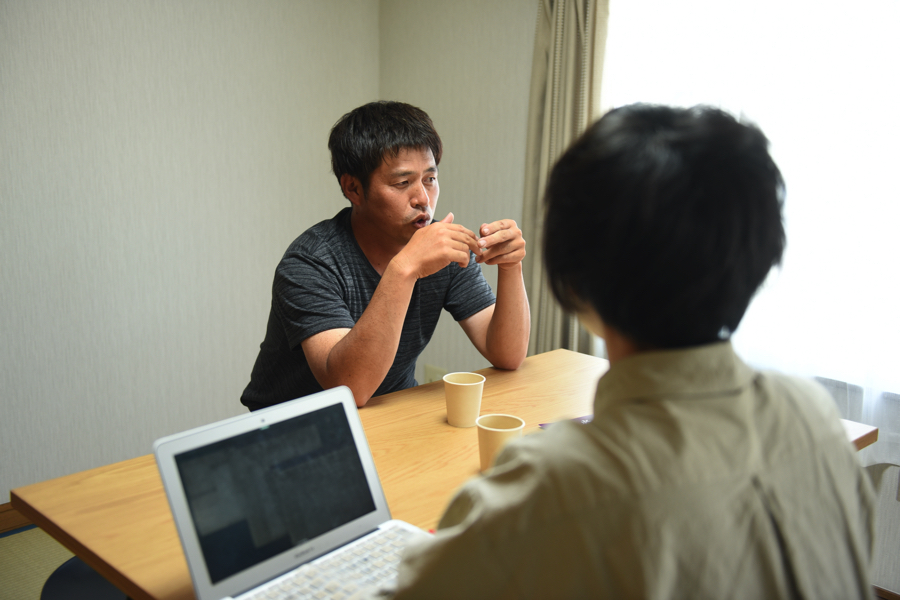 Through the activities of the “XNUMXH Club” and the newly launched “Family Ikki,” a local group gathered by young farmers in Minamioguni, we opened events in various places outside the town and conducted interesting (farming) initiatives. And got a lot of good stimuli.
You also opened more and more festivals in the town, baked and sold corn, and opened a morning market.
As I continued these activities, I began to be called at various meetings, saying, "I want to hear the opinions of young people in the town." I met people who had no contacts in the town, and the exchanges increased and we became friends.

-Through those activities, you added the essence of "town development" in addition to agriculture. 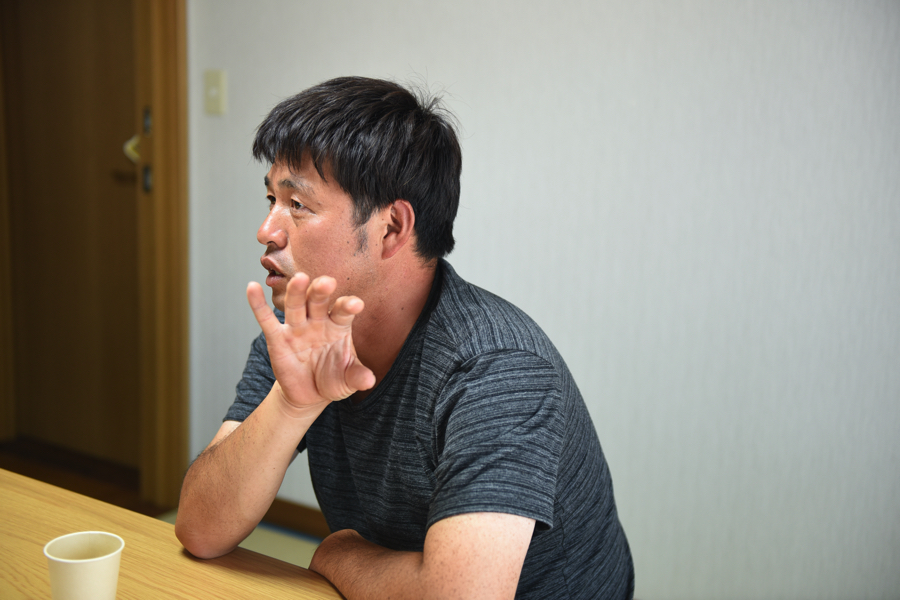 By participating in these activities and town development, sales channels both inside and outside the town have expanded,"Simply ship to a fixed customer"From the style of farming that was"Sell what you make yourself"I was able to find a style where I could find a seller on my own.
While meeting the old ways and adopting new ways, I met many people and learned a lot about agriculture, so I have both perspectives.
And I realized again the potential of Aso's agriculture.

― What is “Aso's agricultural potential”?

Is it a way of agriculture that can be done only because of Aso?
Like a cattle, you have a cow, make vegetables, and make rice. So-called "recycling-type agriculture".

▼ What is “circular agriculture”? 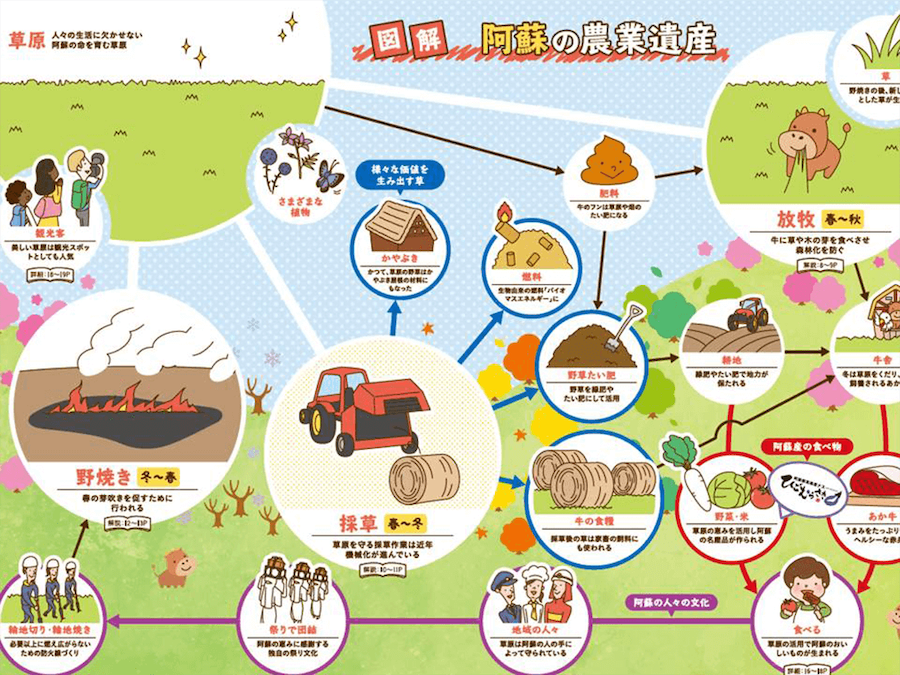 Traditional farming unique to Aso that lasts more than 1000 years. Grazing, grazing, maintaining grasslands by burning, utilization of grasslands linked to livestock, rice cultivation, and upland cultivation, and efforts to protect biodiversity and beautiful scenery have attracted worldwide attention, and were recognized as a World Heritage site in 2015. Was done.

-Is "circular farming" common in this area?

In the past, there were a lot of people, but now, along with the times, the number of people doing single crop farming has increased. This is because it is more efficient and economical to do a single work.

-Why do you dare do recycling agriculture? 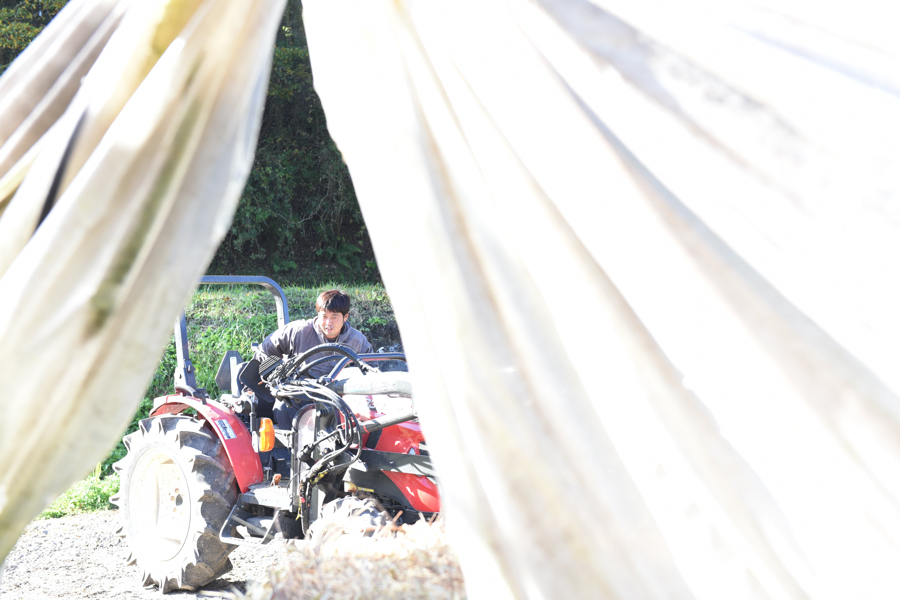 Actually, when I came back with a U-turn, I thought I should only do vegetables. In my home, my father has always liked to keep cattle, and it was common to do it (circular farming of rice, vegetables and livestock).
However, as I went along, I gradually realized that this method, which had been renewed for a long time, would make sense as agriculture in Aso.

-It's a viewpoint you noticed just once you went out. What makes it “reasonable”? 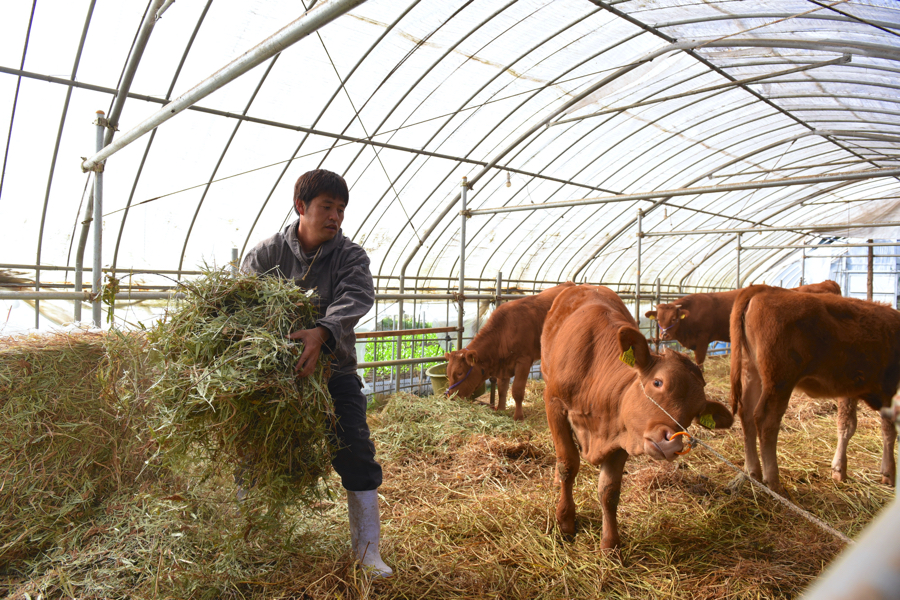 Does it mean that you can cover everything in your area?
We have a meadow and use it as a cow pasture. The grass cut in the meadow is used as feed or as wild grass compost.
When grazing cattle are brought back to the barn, they will secure organic matter and use it as compost in rice fields and fields.
So we harvest the crops, and the straw that comes out of the rice fields after the harvest can be fed to cattle again, so that the grasslands and landscape can be maintained, it is environmentally friendly, and it works well in the natural cycle. A system that circulates 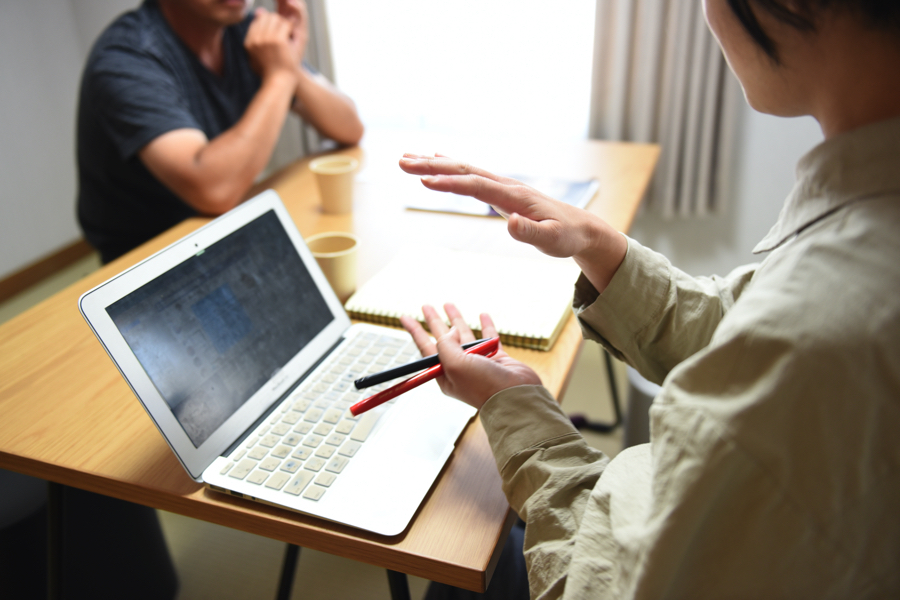 -If you noticed that you have come naturally in the area for a long time, it was a “circular agriculture”. Beyond that, it was certified as a World Agricultural Heritage in 2015. That's amazing! 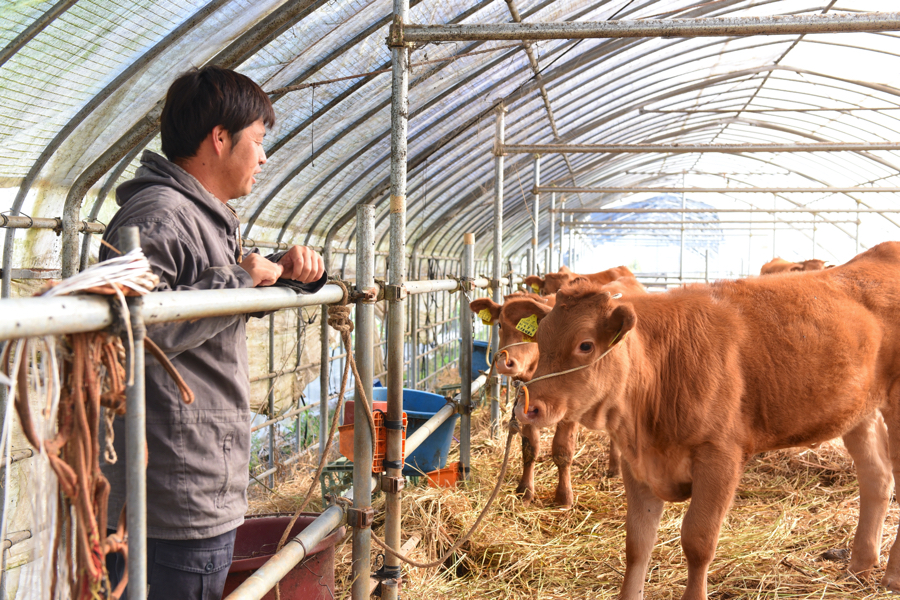 I think that what I have done normally so far has been a good opportunity for myself to be recognized as a World Agricultural Heritage through external evaluation.
Agriculture that protects the landscape and uses what is here.
We take advantage of this value,“What can only be done here = agriculture that cannot be imitated anywhere else”As such, if it is valued properly, it will be a world-class town for organic farming and recycling-based farming.

A must-see for cafe! Cafe No. X NUMX I want you to take on a date! Founder of Aso / Minamikosoku Introduction of long-established cafe "Apple Tree" of 1 year.
November Kaji-chan

[People who challenge] Two people who practice "organic farming" in Aso had a talk!
November Future-building base MOG